The humble ‘braaibroodjie’ – it’s a stalwart of many a South African braai. At its simplest, it’s just slices of bread with onion and tomato. Some folks add cheese too. We knock it out of the park with this ultimate Smokehouse BBQ ‘braaibroodjie’. A large ciabatta is stuffed to the gills with an entire packet of bacon, lush ripe red tomatoes, red onion and naughty amounts of mozzarella cheese. Into a grid and onto the braai it goes. Melting, cheesy BBQ deliciousness. Yes thank you, we’ll take seconds!

Slice the ciabatta in half lengthwise. Mix together the butter and garlic to make garlic butter and spread it thinly and evenly over both halves of ciabatta.

Then, layer the bottom half of the loaf with bacon, tomatoes, red onion and top with cheese. Sprinkle generously with Cape Herb & Spice Smokehouse BBQ rub, then cover with the top half of the ciabatta and press it down a bit. Place ciabatta in a large braai grid. Braai over very low coals, turning frequently. (Cooks note: If your fire is too hot, the ciabatta will burn outside and the cheese won’t melt.

You want a really low and slow fire so that the bread toasts and the cheese has a chance to melt.)

Lizet Hartley is a freelance stills and reel food stylist, food photographer and recipe developer. In her spare time she – rather predictably – cooks. Get more of her recipes on her blog at http://www.melkkos-merlot.co.za

Our Greek Lemon and Herb Rub is fantastically versatile. It brings the tastes and smells of the Greek isles to anything... 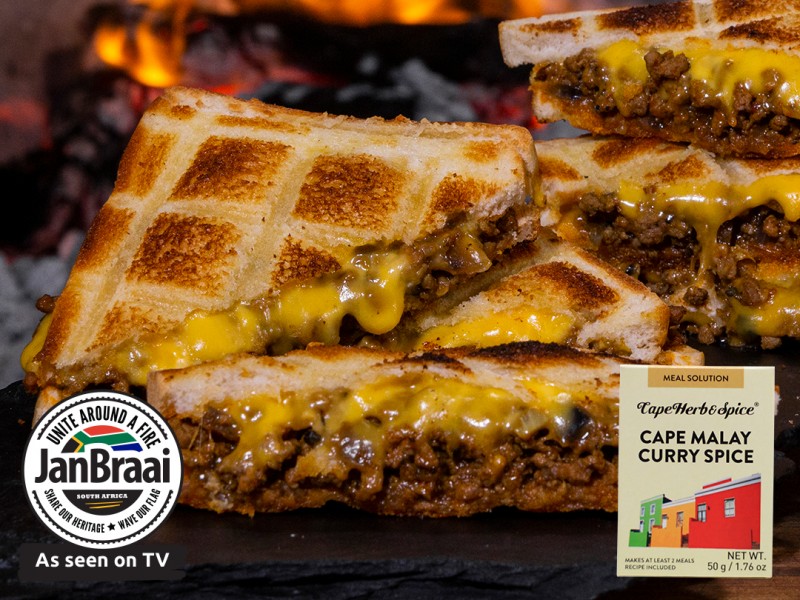 A jaffle is an ancient part of South Africa’s culinary and braai heritage. There are many options for fillings but...

LAMB RIBS ON THE BRAAI WITH WARM SUMP SA...

Samp is a South African culinary staple, but you’ve probably never seen it dressed up like this before – ser... 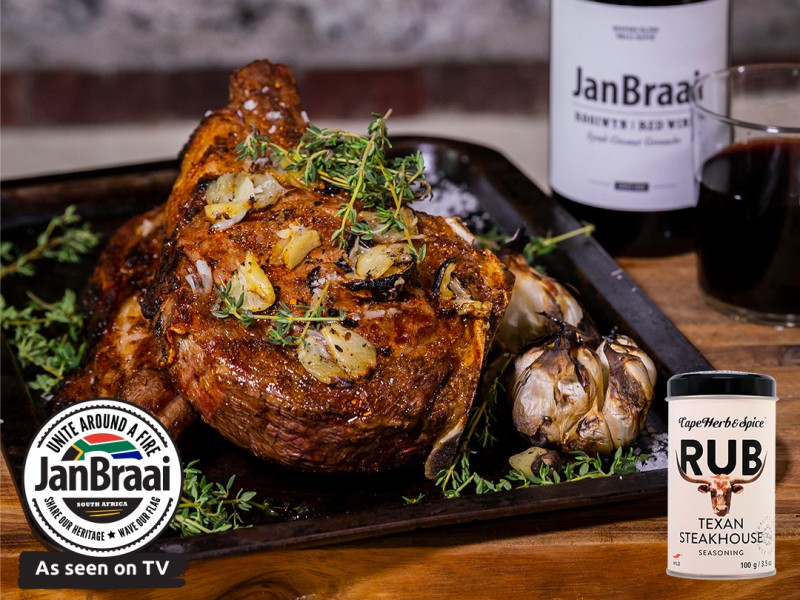